TD Economics brought to you by Dina Ignjatovic, Economist

The Central bank has released its latest rate decision.

The Bank of Canada said Wednesday it will maintain its target for the overnight rate at ½%.

“The global economy is progressing largely as the Bank anticipated in its January Monetary Policy Report. Financial market volatility, reflecting heightened concerns about economic momentum, appears to be abating,” the bank said in a release. “Although downside risks remain, the Bank still expects global growth to strengthen this year and next. Recent data indicate that the U.S. expansion remains broadly on track.

“At the same time, the low level of oil prices will continue to dampen growth in Canada and other energy-producing countries.”

The BoC also noted recent rebounds in oil and other commodities. Coupled with slight appreciation for the loonie, the central bank said economic conditions are evolving as assumed in its January policy report.

“Canada’s GDP growth in the fourth quarter was not as weak as expected, but the near-term outlook for the economy remains broadly the same as in January,” the bank said. “National employment has held up despite job losses in resource-intensive regions, and household spending continues to underpin domestic demand. Non-energy exports are gathering momentum, particularly in sectors that are sensitive to exchange rate movements.

“However, overall business investment remains very weak due to retrenchment in the resource sector.”

“The Bank’s Governing Council judges that the overall balance of risks remains within the zone for which the current stance of monetary policy is appropriate, and the target for the overnight rate remains at 1/2 per cent,” the BoC said. 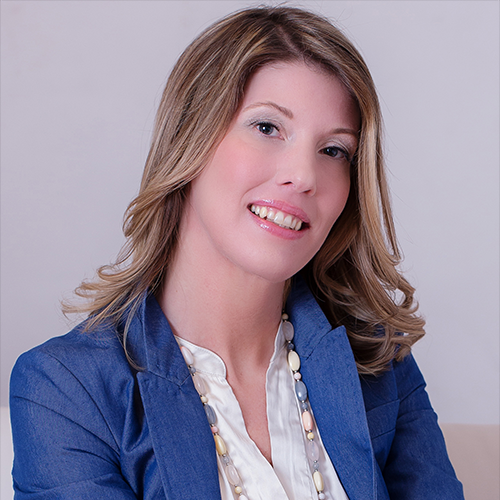 BE IN THE KNOW!

Thank you for signing up to receive emails from us on the latest mortgage rates and interesting home ownership news.

You will receive a confirmation email from donotreply@migroup.ca with a link that you will need to click on to confirm your email address.

We value your interest and look forward to keeping in touch with you!

Jennifer goes above and beyond. She is always on top of things, very professional and communication is top notch. The way she handles transactions and helps you through the process is just fantastic. Jennifer handled everything for us including setting up the apointment with the lawyer of our choice, and meeting us at the bank to introduce us. We are so glad we found Jennifer, not sure what we would have done without her. You rock Jennifer!!!!!!!!

Amazing mortgage broker! Jenn worked tirelessly to make sure everything was approved and that the mortgage was right for us. She's in the know of every lender and the stipulations they have for military families, making choosing the right company first priority. She was available no matter the time of day with any questions we had. Thanks Jenn, you definitely took care of making sure everything came together in time!

Stephen and Allison - Posted to Greenwood

Jennifer is a wonderful mortgage broker. She is quick and works on her own time not just 9-5. We had such a great experience we recommended her to all of our friends that are looking for a house. We are so happy and we are glad to call her our friend not just our mortgage broker.

Jennifer went above and beyond to get the right mortgage for our family. We got a lower interest rate with a different lender and Jennifer did all the leg work. Even better, while the paperwork was being processed, the interest rates dropped a little and she took the initiative to make the necessary changes to ensure we got an even better rate than we were already negotiating. Best of all, she just showed up at our door for us to initial the changes.... that's all we had to do; initial the changes. Wherever I am in the country, Jennifer is now my mortgage broker for life.

Jennifer helped to make buying our first home together seamless. Despite a tight timeframe and working with us from across the country, she consistently answered our (many!) questions immediately, helped us every step of the way in a professional yet super friendly manner. She was an absolute pleasure to work with, and we would recommend her to anyone.

Absolutely amazing experience. As first time home buyers and in the midst of a huge move through the military, we were rushed and clueless and overwhelmed. Jennifer took so much stress off and helped us all the way into our beautiful new home. Professional, knowledgeable and a shining light for us! We will defiantly be using her when we move back again!

My husband and I had the privilege to work with Jennifer last year when we got posted. Being a military family, we were very impressed with her military knowledge. Jennifer worked around the clock to ensure that we found the best mortgage. She even took it upon her self to ensure that our transition to our new home went smoothly by working while vacationing with her family. We highly recommend Jennifer!

Dan and Vanessa - Posted to Ottawa

Jennifer goes above and beyond. When we purchased our first house, she educated us about everything we needed to know, was always available day or night, and her honest and caring approach to her job made us feel comfortable during the whole process. She is amazing and loves what she does and it shows in her great success!

John and Ashley - Posted to Greenwood

Our experience with Jen was fantastic, in the little time that we had in Greenwood before the move Jen was very accommodating and helpful. We really appreciated the back and forth communication though email answering my husbands many questions and easing his mind!

All military member should go see Jennifer! She offer the best rate with no penalty when you get posted!

Dave and Marina - Posted to Greenwood

My fiance and I had a very pleasant experience with Jennifer. When buying our first home I was a bit intimidated by a lot of the process but Jennifer was very patient, explaining in great detail the ins and outs of the process and making time for us whenever we needed her. We truly felt that all of us were purchasing the home together, she made us feel that comfortable. We still email her to this day with questions and we receive a response usually within the same day.

Will and Rebecca - Posted to Greenwood

I will begin by saying we can not thank you enough for your kind knowledgeable support in our search for our first home. Throughout the process you made us feel comfortable and we felt that you always had our best interest at mind! There was not time that you did not have a speedy response, even when in emergency!! You are truly outstanding and should be proud of what you do!

Hello Jen! Thank you so much for the lovely card and jar of salsa I'm assuming you made. Amanda and I haven't dug into it yet, but once we have a movie night we're going to go out and pick up some nachos and snack on it! As for the house, everything is wonderful, Amanda and I couldn't be more happy with it. It was unbelievable how fast it happened but we're both so happy to be home owners now. And you helped greatly with that, you made a very intimidating task very simple and straight forward. I will be sure to recommend you to the new guys getting to the firehall they are all in the market for buying a house. I'll send them your way! Again, such a pleasure meeting you, and thanks for all the help along the way.

Jen worked with me patiently for quite a while, as two different properties fell through, after having offers accepted due to problems outside of our control, like asbestos found on inspections. About a year after first contacting Jen I finally found a suitable property and Jen pulled out all the stops to get a fast approval for me. Because Jen isn't tied to any particular mortgage provider she was able to find me a perfect fit for my situation, at an excellent rate. I certainly tested Jen on all aspects of the mortgage process and she was always willing to explain everything to me clearly and concisely. I really can't recommend Jen high enough - if you're looking for a mortgage you won't find a more dedicated, customer focused and knowledgeable broker than Jennifer Gaudet.

As potential first time home buyers we wanted to know our options, where to start, and how the process even worked for that matter. Working with Jen took away the stress of looking to buy in a new province. She went above and beyond. We would recommend her in a heartbeat. She is wonderful to work with.